Every week, dancer Cheryl Burke waltzes into millions of living rooms across the U.S., partnered by celebrities who've made names for themselves in the fields of sports and entertainment. As a professional ballroom dancer on the reality-TV program Dancing With the Stars, she has broken records and stood out for her unique talents and bubbly personality. She is an accomplished professional who travels around the world, performs for millions on television, and strives to give back to her community.

Born on May 3, 1984, dancer Cheryl Burke is of Filipino, Irish, and Russian ancestry. Cheryl grew up in the Bay area, belonging to a dance-loving family. She began dance classes at the tender age of six.

As the years passed, her mother noticed that Cheryl wasn't too fond of ballet. It wasn't until Cheryl's mother took her to see a ballroom competition at age 10 that the little girl recognized ballroom dancing as her passion. When Cheryl saw the ballroom dancers performing, she marveled at their costumes and the beautiful music. Soon her mother enrolled her in ballroom classes, where her instructor recommended that she focus her training on standard and Latin styles. By age 13, Cheryl was receiving high scores in ballroom dance competitions throughout the world.

Despite Cheryl's busy competition schedule, she still found time to attend traditional school and graduated from Menlo-Atherton High School in 2002. According to her Dancing with the Stars biography, Cheryl won several awards in 2005 including:

Dancing with the Stars

Cheryl Burke first got involved with the hit show Dancing with the Stars when the producers of the program saw her dance at a competition in Los Angeles. They invited her for an interview, ultimately selecting her to be one of the professional dancers. 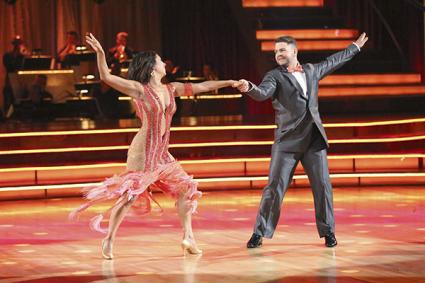 Cheryl Burke with partner Jack Osbourne on Dancing with the Stars

Success on Dancing with the Stars

Since she made her grand entrance on the show's sophomore season, Cheryl has earned the distinction of being the only pro dancer that has made it into all positions of the final stage of the show twice. She placed third with both William Levy and Cristian de la Fuente. She landed in second place with Rob Kardashian and Gilles Marini, and achieved first place with Drew Lachey and Emmitt Smith. With a whopping 88 perfect scores for the regular partner dances, she was the first pro dancer to enjoy back-to-back wins.

During the DWTS season, Cheryl usually practices eight to ten hours a day with her celebrity partner. She also practices at night. Cheryl, like all of the pro dancers on the show, must teach her partner the steps and choreograph the routines. She also keeps up with fans of the show on Twitter, Facebook, and a blog on her official website. 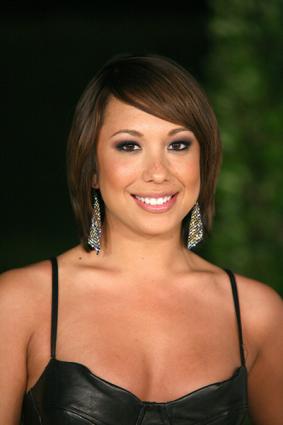 In March 2006, she helped the International School of the Peninsula in Palo Alto, CA raise $250,000 for educational programs. The next morning, she raised money for the Menlo School, where her sister was studying. As part of a fundraising auction for the school, Cheryl donated a one-hour dance lesson in her home, which ended up selling for $31,000.

Involvement in Dress for Success

More recently, she thought outside the box by participating in the "Great American Try On." The stint required her to try on Depend Silhouette for Women to raise $50,000 for the charity Dress for Success, which she lauded for empowering women to be more confident.

The dynamic dancer and altruist has spoken out against domestic violence. Cheryl also has been an advocate for victims of child abuse. After she survived being repeatedly molested, Cheryl later testified against her abuser and he was convicted. In early 2013, she spoke about her experiences as a survivor of sexual abuse at a benefit for the CARE House of Oakland County, another charity that she supports. CARE House provides prevention programs as well as therapy and advocacy for victims.

Cheryl Dances With the Stars

Cheryl has danced with several celebrities during her association with Dancing With the Stars. Her famous dance partners have included:

Recognition and Other Accomplishments

The entertainment world has acknowledged her contributions to television as well.

In 2006, she was nominated for two Primetime Emmys, one for Outstanding Choreography and one for a Variety/Music Program/Special. This made her the youngest person ever nominated for these two categories in the history of the Emmy award ceremony.

Cheryl has also had the opportunity to perform in programs outside of Dancing With the Stars. The Disney Channel asked her to guest star on the children's show The Suite Life of Zach and Cody in an episode called Loosely Ballroom. Fellow professional dancers Louis van Amstel and Ashly DelGrosso appeared alongside her. She later appeared as a Booster Gold Dancer in Smallville.

In 2011, Cheryl released her autobiography, Dancing Lessons: How I Found Passion and Potential on the Dance Floor and in Life. The beloved dance star was presented with the key to the city of San Francisco, her hometown, by its mayor in 2012.

To reach out to dancers around the world, Cheryl also teaches many styles of dance in a variety of workout DVDs that have been released in the last few years, including one under the Dancing With the Stars line of fitness DVDs.

The entrepreneurial dance star has also enjoyed success with her own Cheryl Burke line of activewear for Fit Couture as well as a line of fitness apparel you can find at QVC. She had a shoe line for the Home Shopping Network and has teamed up with Kiss Products, Inc. to design her own signature line of press-on nails.

Looking to the Future

Cheryl Burke has a future ahead of her as bright as her past. With Dancing With the Stars continuing to garner outstanding ratings and her other professional endeavors meeting great success, it is only a matter of time before Burke goes down in history as a legendary dancer. The little girl who loved ballroom dance has made a name for herself dancing in front of millions around the world. She inspires others to learn the art of social dancing along the way.