Modern jazz dancers define the art of the genre as it currently exists, but their technique and artistry were born out of generations of jazz dancers, as well as other influences, most notably modern dance and the musical traditions of jazz, spirituals, and the blues. From the early days of jazz dance, where the form evolved out of various musical and dance genres, to the present, this dance form is unique in its wide degree of variation in style and technique.

Jazz dance has its roots in the Afro-American culture and tap dance of the late 1800s to the mid 1900s. As it evolved and developed, jazz dance grew in popularity as the dance form of films and Broadway shows. Famous dancers from the early years of jazz include Jack Cole, Lester Horton, and Katherine Dunham. Each of these jazz legends is remembered as a great choreographer and performer, unsurpassed in their skills and accomplishments in the genre. 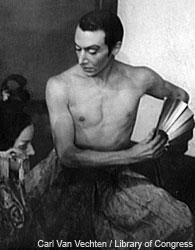 Considered the Father of Jazz Dance Technique and The Father of Theater Dance, Jack Cole (1911-1974) began as a modern dancer. Switching to jazz style dance during the Great Depression, he was the first dancer to combine the popular jazz steps of the time, aspects of modern dance and ethnic influences, creating artistic and technical jazz dance. He was the first dancer to formalize a theatrical jazz dance technique. His style was explosive and animalistic, full of emotion and movement. He choreographed Diamonds Are a Girl's Best Friend, shown below with Marilyn Monroe, preceded by commentary from dance writer Debra Levine.

One of the great pioneers of modern and jazz dance, Lester Horton (1906 - 1953) developed his own unique style of dance choreography and technique. He was adept at translating Native American and ethnic dances into dances that worked well in films of the 1940s and early 1950s. The influence of Lester Horton is seen in the works of many later dancers, jazz and otherwise. 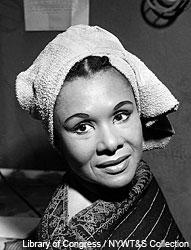 Known as the Matriarch of Black Dance, Katherine Dunham (1909 - 2006) founded the first major black modern dance company in America. Integrating the syncopated rhythms of Haiti, Cuba, Brazil and the Caribbean into American dance, she is credited with inventing the technique of body isolationism and incorporating it into her dance style. Katherine Dunham's influence and dance technique had a huge impact on the world of jazz dance. Today almost all jazz dancers use her technique in their dance.

A dancer before the Civil Rights movement, Dunham performed for segregated audiences at the beginning of her career. The video below shares an interview in which Dunham discusses her efforts to de-segregate audiences during her reign as a top American dancer.

The Transition to Modern Jazz Dance

The 1950s saw jazz dance evolve into what we know today as modern jazz dance. This transition was the result of gradual changes in the style of Broadway choreographers. Famous jazz dancers from this era include:

As the famous dancers of this era taught their skills to younger generations, the world of jazz dance continued to evolve.

There are many excellent jazz dancers and famous choreographers of today that will be remembered for their contributions in years to come. These include:

Many of these famous dancers became legends of their time, though not all of them were thoroughly appreciated at the heights of their careers. Like many fans don't know how much of Marilyn Monroe's success can be attributed to Jack Cole, the influence these dancers had on the art form was sometimes anonymous. Whether their contributions are correctly attributed or not, these famous jazz dancers formed the original art form and shaped it into what it is today.