Every genre of dance has its female stars. Whether one looks to the prima ballerinas floating across the ballet stage or the light-footed ballroom dancers who fly around the dance floor in swirls of movement, there are many women to admire for their technique, artistry, and innovation. These 10 female dancers attained superstar status in their day and are no less revered in the present.

Even if you are not a ballet enthusiast, chances are you have heard of Anna Pavlova, the tiny Russian ballerina who rocked the world of classical ballet at the turn of the 20th century. Enyclopedia Brittanica notes she was the most celebrated ballerina of her time. After being accepted into the elite Imperial Ballet School, her teachers soon realized her unique style was exceptional, and she became an instant hit. It is estimated she performed more than 4,000 times. She started a ballet trend in America as many little girls began to take lessons after seeing her performances.

Anna also was instrumental in the design of the modern pointe shoe. She was so passionate about her art she died while in rehearsals for a show in Europe. She inspired many future ballerinas, and her gumption and drive for the art of dance have long been cherished. 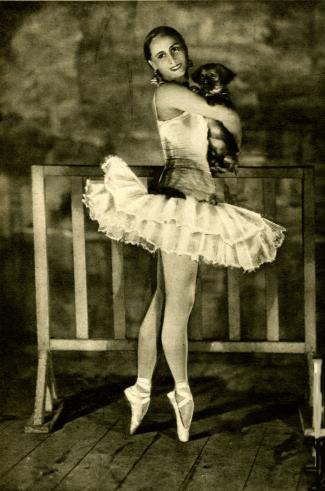 Best known for her film performances with Fred Astaire, Ginger Rogers was an Academy Award-winning actress and dancer who stole the hearts of film audiences around the world. Her career took off when she won a Charleston dance contest and was sent on a performance tour as her prize. Ending up in New York City, she landed a job on Broadway, where she was discovered in the musical Girl Crazy and offered a Hollywood contract. Signing with Paramount Pictures, she went on to make famous films with Astaire, in which the couple flirted and danced in a way movie audiences had never seen before. She once famously said she had to do the all same moves Astaire did, only backward and in high heels. During her film dance career, her talent and charisma helped her earn progressively better salaries and billing. In this way, she helped the art and appreciation of dance evolve during one of its most critical periods.

Before there was Fred and Ginger, there was Vernon and Irene Castle. According to IMDB, they were "the best known ballroom dancers of the early 20th century."

Born Irene Foote in 1893, Irene Castle grew up on Long Island, New York, taking dance lessons and performing in local theater productions. She married Vernon Castle, a handsome Englishman, in 1911, bringing her own youthful energy and stylish elegance to their partnership. They soon found success performing in Parisian nightclubs, and by 1915 were the darlings of high society. Back in New York, they opened a dance school, and later opened a nightclub and a seaside resort with a dancing school.

The Castles' famous dance, the Castle Walk, was a sensation when they debuted it in 1915, and it became their signature dance. Their style and flair are evident in this video clip of the Castle Walk. When Irene Castle cut her hair short for an operation in 1915, women the world over had their hair cut in the new "Castle bob." The Castles are credited with starting a ballroom dance craze that lasted through the 1920s and setting the standards for competitive ballroom dancing.. After Vernon Castle's untimely death in 1918, Irene largely retired from dancing. However, she came out of retirement to serve as a consultant to Astaire and Rogers when they made the 1939 film The Story of Vernon and Irene Castle. 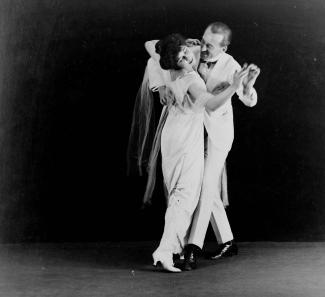 Drawing inspiration from the art and culture of classical Greece, Isadora Duncan laid the groundwork for what evolved into modern dance.

She threw off the constraints of the late Victorian era for the freedom of Grecian-style robes and a natural, expressive style of movement. Born in San Francisco in 1877, Duncan honed her unique dance style in Europe at the turn of the 20th century. Dancing barefoot to classical music, she ran, skipped, and leaped about the stage with a simple grace entirely new to the world of theatrical dance. Her performances throughout Europe, the United States, and South America met with both adulation and derision. However, artists and intellectuals idolized her for her artistry and progressive ideas.

Wishing to pass on her technique, Duncan founded dance schools for young girls in Germany, France, Russia, and the U.S. These students went on to instruct others in Duncan's dance style and philosophy. Only a snippet of film exists of Duncan performing, but her technique and choreography live on through experts like Lori Belilove, artistic director of the New York-based Isadora Duncan Dance Company.

Born in St. Louis, Josephine Baker left home at an early age, having dropped out of school and gotten married by age 13. She set off performing on the artistic circuit of small, rundown theaters in the American South, and was later discovered in New York City by a visiting American who lived in Paris. She signed a contract to join the first revue in Paris that would feature African Americans and dynamic nudity. Once she arrived in Paris and started rehearsals, she was quickly promoted to become one of the stars of the show. She was catapulted to instant fame by her Danse Sauvage, and later her Banana Dance, and went on to enjoy a 50-year successful career until her death in 1975. Known for her unforgettable sense of rhythm, her unfailing smile, and her sweet singing voice, Baker was one of the most-loved dancers of the 1920s and 1930s in Europe. 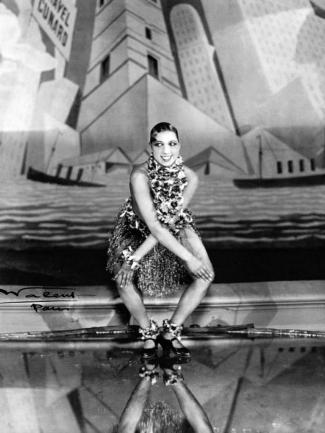 In a life spanning nearly a century, Katherine Dunham brought together elements of ballet, modern dance, and the dance forms of Africa and the West Indies to create a style of jazz dance reflecting African American culture and heritage. From the 1930s through the 1950s, when American society was still segregated, Dunham founded a dance school and a company of black dancers who performed in nightclubs and films, on Broadway, and on television. The company disbanded in 1960, but she continued choreographing for operas, movies, and musicals. Students at her school over the years included Marlon Brando, James Dean, Chita Rivera, Eartha Kitt, Arthur Mitchell and Jose Ferrer.

She also ventured into academia, receiving a grant to conduct anthropological fieldwork in the islands of the West Indies. In 1936, she received a bachelor's degree in social anthropology from the University of Chicago. She wrote five books in her lifetime, numerous articles, and even a short story for Ellery Queen's Magazine. Dunham died in 2006, a few weeks shy of her 97th birthday. The Katherine Dunham Museum in East St. Louis, Missouri, preserves a collection of her costumes, photographs, ethnic art objects, and other memorabilia documenting her life and work. The Institute for Dunham Technique Certification ensures dance instructors who teach the technique maintain professional standards in carrying on Dunham's work.

British ballerina Margot Fonteyn attained early celebrity, being named prima ballerina of the Sadler's Wells Ballet, later the Royal Ballet, at 17. Noted for her line, musicality, and acting ability, she danced leading roles in classical ballets such as Sleeping Beauty and Giselle, as well as works like Ondine created for her by choreographer Frederick Ashton.

After enjoying a brilliant career of more than 25 years, Fonteyn was considering retirement when she met the young Russian dancer Rudolf Nureyev in 1962. Although at 42 she was 20 years his senior, she agreed to dance with him in a production of Giselle. Their chemistry evoked rapture from critics and audiences alike. Fonteyn's career soared to new heights as younger audiences discovered her, and she continued dancing to age 60. She was named a Dame Commander of the Order of the British Empire in 1956 and stayed active in the dance world until her death in 1991.

Overcoming inauspicious beginnings, Marie Taglioni achieved a level of fame today's celebrities would envy. Born in 1804 into a family of dancers in Sweden, Taglioni had a plain face, exceptionally long arms and legs, and a hunchback. She was trained from an early age by her father, who is said to have developed the arm movements and poses characteristic of her style to disguise her physical abnormalities. The first ballerina to dance entirely en pointe, Taglioni embodied the ethereal, idealized image of Romantic-era ballet. The iconic long white tutu she adopted and her graceful port de bras were most famously showcased in the ballet La Sylphide, choreographed by her father in 1832. Though she was already admired for the strength and delicacy of her dancing, La Sylphide vaulted the young ballerina to stardom. Taglioni became the toast of Europe, with her image on merchandise and her name given to caramels, cakes, hairstyles, and even a stagecoach.

Taglioni retired from dancing in 1847. Her husband is believed to have used her fortune to pay his debts, so she spent the remainder of her life teaching social dance. However, she left as her legacy the archetypal image of the ballerina as an otherworldly sylph, floating effortlessly about the stage in a cloud of white tulle. 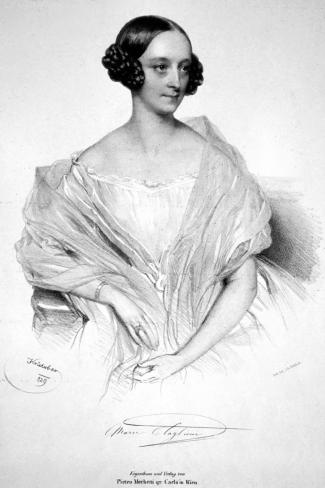 Modern dance would be quite different today without Martha Graham, who has often been referred to as the "mother of American modern dance." She broke away from traditional ballet, focusing instead on the ferociously unconventional and sharp movements that became her trademark. Her style was high-energy and fierce, involving an abrupt, jerking technique emanating from the solar plexus. Many argue that Graham's movements cannot be taught, as they are rather "felt" by each individual dancer. Still, the Martha Graham School of Contemporary Dance in New York City remains a mecca for many young dancers.

In 1998, Graham was honored as one of Time magazine's 100 most influential people, and her style and choreography continue to be replicated throughout the modern dance world. Paul Taylor, Twyla Tharp, and Merce Cunningham are just a few of her "descendants," and her unique brand of dance is sure to live on for future generations. 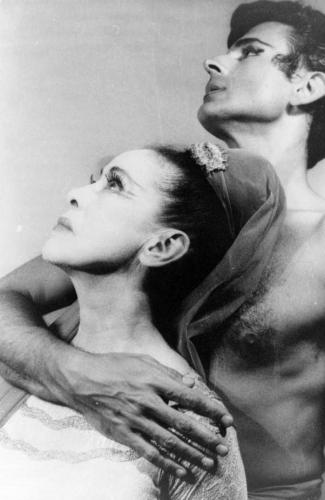 For Mary Wigman, dance was more a process of personal transformation than a performing art. Born in Germany in 1886, she was profoundly shaped by the suffering she saw around her during World War I. Eschewing ballet as empty technical virtuosity, she sought ways of moving that expressed the gamut of human emotion. For this reason, she is known not only as a modern dance pioneer but also a founder of dance therapy. Wigman resisted creating a codified technique, preferring movement that arose out of natural impulse. She did not shy away from the ugly or tragic, allowing dance to serve a cathartic function for both dancer and audience. Many of her dances are set to only a drum beat, such as her Witch Dance, or no music at all. Her style of expressionist dance continues to influence dancers and choreographers to this day.

Some of these women began as dancers and had careers solely in dance. On the other end of the spectrum are actresses or singers who also danced as part of their performance repertoire. Whether your personal dance taste leans toward classical ballet, modern movement, or a touch of the exotic from other corners of the globe, these women can be appreciated not just for their talent but also for the contributions they made to the art of dance.