Mikhail Baryshnikov is among the most celebrated 20th and 21st century artists, as well as being considered one of the greatest dancers of all time.

Born in 1948 in Riga, Latvia, which was then part of the Soviet Union, Mikhail Baryshnikov is probably the greatest male ballet dancer of the 20th century. Baryshnikov began studying ballet at the age of nine ultimately moving to the Vaganova School, the official training arm of the Kirov Ballet in then Leningrad, now St. Petersburg. It was there that Baryshinkov was taken under the wing of Alexander Pushkin who had also trained the great Russian star Rudolph Nureyev. He joined the Kirov at age nineteen as a principal dancer, the highest rank in any ballet company.

Baryshnikov is also one of the most famous male ballet dancers of all time, along with Rudolph Nureyev and Vaslav Nijinsky. Baryshnikov and Nureyev can be credited with expanding the fan base of ballet in the 1960s, 70s and 80s, with their legendary charisma and star power; although the two had almost opposite personalities and very different technique.

From Leningrad with Love 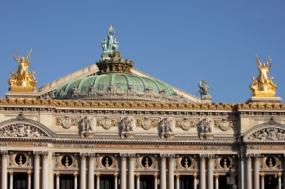 Mikhail Baryshnikov's greatest role may have been his decision to defect to the United States while the Kirov was touring in Canada in 1974. Once in the United States, Baryshnikov was invited to join the American Ballet Theatre where he danced every principal male role, from steadfast classics like Giselle to more modern repertory such as Apollo that had not been available to him under the Soviet system. Yet Baryshnikov longed to work with his countryman, the great choreographer George Balanchine at the New York City Ballet, who is credited with bringing serious ballet to the United States. In 1979, Baryshnikov joined the company, but after fifteen months and twenty new roles, he found Balanchine squelching his creativity. In 1980, Baryshnikov rejoined the American Ballet Theatre and triumphed in all of his major roles while continuing to broaden his horizons working with modern choreographers like Twyla Tharp, who created works like Push Comes to Shove and Sinatra Suite specifically for him. Baryshnikov served as Artistic Director of the company from 1980 to 1990.

Over the course of his career, Mikhail Baryshnikov has danced over one hundred works from the classical ballet repertory to the modern and beyond. In his prime, Baryshnikov was known for his incredibly powerful and almost perfect technique. Additionally, he is a supremely gifted interpreter, both musically and dramatically.

Although Baryshnikov is relatively compact at five feet, 8 inches but was always considered an excellent and generous partner, capable of lifting dancers even larger than himself. At the same time, his solo dancing was explosive. The gravity defying quality that makes dancers (and basketball players like Michael Jordan appear to hang in the air) is called 'ballon' in the ballet world and Baryshnikov had this gift. Some said he evoked the memory of the early 20th century legend, Vaslav Nijinsky, in his ability to 'fly' through the air. Baryshnikov was also the king of the spin, turning like a top and seeming to stop on a dime, always in releve (on his toes) even if his knees were bent.

Baryshnikov's breakout film performance in 1977's The Turning Point earned him an Academy award nomination. He later appeared in the films White Nights with the late Gregory Hines, as well as Dancers. He appeared in three Emmy-award winning specials for television including Baryshnikov on Broadway with Liza Minnelli. Baryshnikov was also nominated for a Tony award for his performance in Metamorphis on Broadway. He is familiar to younger TV fans as Alexander Petrovsky, the man who loses Carrie Bradshaw in Paris, in the final season of HBO's Sex and the City. He was recently paired with chef and restaurateur Alice Waters on the Sundance Channel series Iconoclasts.

Inevitably his body made it less and less possible to achieve the heights he climbed in his youth and he turned his attention to exploring modern dance and nurturing younger dancers with his White Oak Dance Project formed with famed modern choreographer, Mark Morris. He currently tours with these younger dancers and performs with them, his technique more limited but still on full display and has built the Baryshnikov Arts Center in Manhattan.