Mastering ballet takes great technique and consistent practice. With the right instructions, you can learn ballet dance steps at home. Whether you plan to dance in private or use the steps in a formal class setting, all you need is discipline and a bit of inspiration to learn and perfect them.

Some of the most common ballet steps, the ones that you would learn in the first five years of classical ballet training, are the following movements, steps, turns, and jumps:

An arabesque is an extension of the dancer's leg off the floor to the back of the body.

Attitude is a pose in which the dancer's leg is lifted and extended to the front or back of the body, knee turned out to the side.

The balance is also known as the "waltz." It is a three-step combination in which the dancer steps to the side with one foot, lifts onto the ball of the second foot from behind the ankle, then replaces weight on the ball of the first foot to begin again on the other side.

Battement is when the dancer's lifted leg is extended away from the supporting leg. There are a variety of types. A few are included here.

A brisé is similar to an assemblé in that one foot extends up and out before the jump. There are three main differences.

A cabriolé is a jump in which your legs meet in the front or in the back. One leg is extended first, and the other is lifted to meet it quickly before landing on the supporting leg. 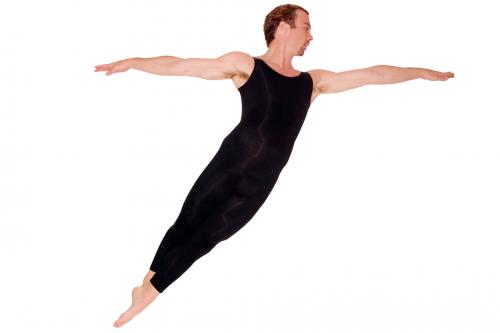 The chassé is a small moving jump in which the feet tap together in the air. Each jump lands in fourth position.

The ciseaux is a split leap with one leg in the front of the body and one in the back.

The coupé is a pose in which one foot is pointed behind the ankle of the other leg. You can practice rising up to relevé from coupé.

In echappé, the dancer separates his or her legs and lifts onto the toes. It begins and ends in fifth position. 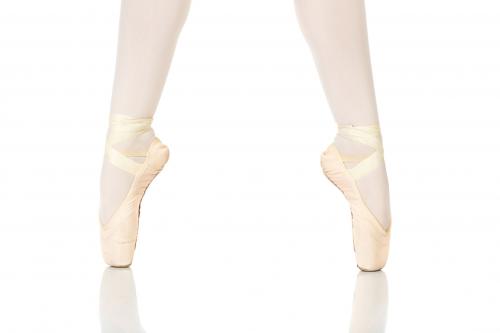 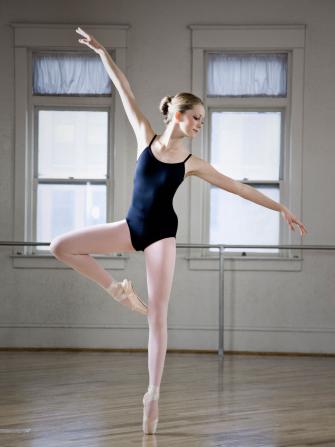 Glissade is a movement in which the dancer slides along the floor, extending one foot out to the side from fifth position, releasing it to the floor, then gliding the other back into fifth position.

A jeté is a quick extension and lift of one leg to the front, back, or side. In this move, the leg should be completely straight.

Pas de basque is a more advanced set of movements that literally translates to "step of the Basques," part of the national dance of the Basques in Southern France. This tutorial breaks it down.

A pas de bourrée is a three step lateral movement, dancing on the toes. To begin, lift the back foot into coupé.

Pas de chat is a leap in which the knees are bent and the toes lift toward the center of the groin. It begins through a coupé so that one foot lifts and lands before the other.

Pas de cheval is a quick lift and extension of the leg from coupé.

A passé is the movement of foot up the supporting leg and replacement behind it. You can begin learning how to do a passe from retire.

A penché looks like an arabesque. However, there are a few differences. 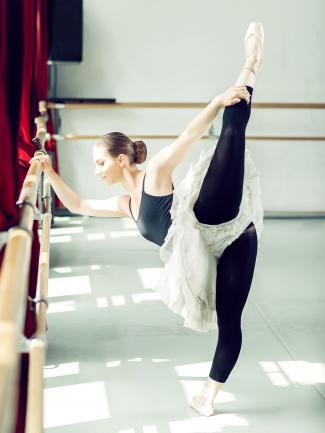 A petite jete is a jump switch from coupé.

A pirouette is simply a turn. The simplest way to start practicing is by beginning in fourth position.

To perform a plié, you bend your knees, or squat. This can be done with any basic foot position.

Port de bras are arm positions that create a poised and stylized look in the dancer's upper body. They also help with balance and core engagement. There are three basic positions.

In each position, the elbows, wrists, and fingertips are slightly bent.

A relevé is simply lifting your heels up so that you are on your toes. It can be performed in any position, on one or two feet.

In a ron de jambe, the dancer draws a circle from the front of his or her body to the back, toes pointed, leg long. This can be performed with the toes tracing along the floor or the foot lifted to any height.

A sissonne is a jump which begins with both feet leaving the floor simultaneously. One leg extends out and up, while the other moves to land. The feet then quickly come back together.

A soubresaut is a jump beginning in fifth position. The dancer jumps straight up and lands in the same position. Beginners can practice in third position.

A tendu is a simple point of the toe away from your body. It is the foundation of many other moves in ballet.

There are some great websites where you can find more information about ballet steps and combinations to learn on your own.

The old saying that "practice makes perfect" is true. The more time and effort you put in, the faster you will be able to master the new ballet steps you are learning. Begin with the most basic steps then work your way up to more moves and combinations. If you find you enjoy it, consider attending a drop-in class or enroll in a dance school.